Prep for placement – Reminiscing about our holiday…

Posted on September 1, 2013 by localpreacherforkliftdriver 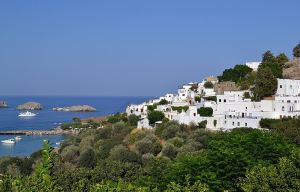 As I prepare to leave for my four week rural placement where I’m spending one week at the Arthur Rank Centre and three weeks in Circuit, I started to look back at my Photos from Rhodes…

It’s bound to be the last relaxation I get for a while! Once placement is finished we then head straight back to college and the academic work and term placement starts all over again. It’s hard to believe this is the last year… time has flown by so quickly.

We had a lovely holiday, lots of sun and it was rather hot at times. We stayed at a lovely hotel which served good food and if the pool was too busy we could just walk straight down on to the beach. We had a few trips out to places like Lindos and Lardos where we experienced a traditional Greek evening full of music and dance. If you look through the photographs and flick through the dancing ones quickly you can see them dancing.

We had one organised trip out to the seven springs and valley of the butterfly’s. At the seven springs we walked through a tunnel cut through the hillside which seemed to go on forever and was very dark! you wouldn’t want to be much broader than me or you might get wedged in… at the end of the tunnel there was a beautiful blue lagoon where I caught a glimpse of a swimming turtle.

The valley of the butterfly’s as we were told they were actually moths who descend there for a couple of months every year… they covered everything, once you knew what you were looking for, although they were difficult to photograph in flight. 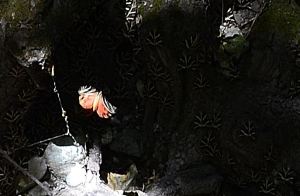 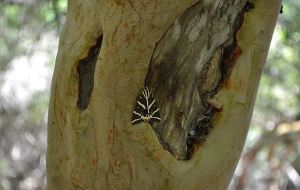 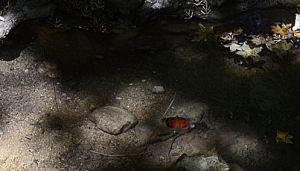 I am a Methodist Minister taking up a new appointment in the North Cheshire Circuit, September 2019, with pasoral charge of Tarvin, Kelsall, Rowton, Christleton, Mickle Trafford, Oakmere & Bunburry with Tiverton churches. Views are my own.
View all posts by localpreacherforkliftdriver →
This entry was posted in Blogs and tagged beautiful, blue lagoon, butterfly, fun, holiday, placement, sunshine. Bookmark the permalink.